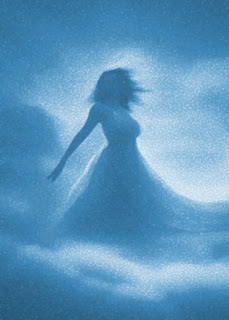 No formal religious order exists for Qaelestyah and Vashni, Goddesses of Air.   Some communities build chimney-shrines for burning coals and incense as a form of worship.   Writers, gamblers and artists worship them. They are also attributed as Goddesses of Dreams. The usual iconic depiction for both Goddesses is a cloud in the shape of a woman.  Above is Qaelestyah.  Below is Vashni.
Post a Comment
Read more 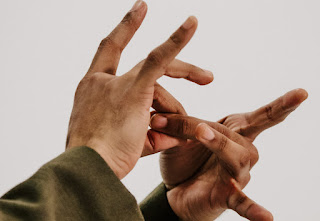 Suskun is the generic term for non-verbal communications.   It mainly involves hand and finger gestures, with facial expressions and body language being used for occasional emphasis.   Suskun signing techniques originated on Varathusia.   The earliest known versions were developed by the Varagans for communicating with their mute-servants. (See separate entry for mute-servants ) The Varagan variants consist of three distinct styles: Ahrgebiq is the most basic and easiest to learn.   Each gesture conveys a whole word or phrase. Ourariq is a more sophisticated form of signing.   It involves subtle finger movements and sketching complex patterns in the air.   It is far more expressive, enabling users to communicate deeper meanings, such as emotions and other abstract concepts. Ipnariq is the most difficult signing style.   It is more of a code-language than an everyday communication method.   It is used for secret and confidential
Post a Comment
Read more 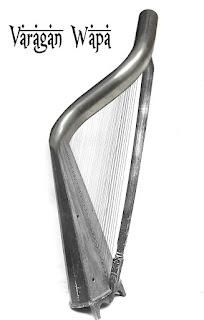 The wapa is a Varagan musical instrument which is played by blowing down the tube and plucking the strings simultaneously. It is extremely difficult to learn and it takes at least a decade to master even the basics. The best wapa players are in their sixties or older. It is played in some religious and sorcerous rituals as well as for entertainment purposes.
Post a Comment
Read more 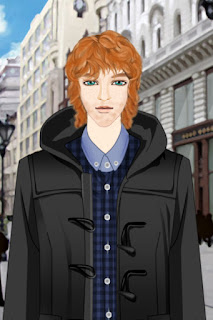 Image of Challis Fazackerley made using Boyfriend Maker @  meiker.io Name: Challis Fazackerley (AKA Chaz) Origin: Virian Character appearance:   Tall, skinny build.   Pale skin, freckles, red messy curly hair.   Usually wears fairly non-descript clothing such as tunic and trousers.   Age 17. Personality: Cheerful, loves telling jokes and anecdotes.   Can come across as being arrogant, but deep down, he is a very caring and protective person. Family: Father died several years ago.   Mother is terminally ill.   Has an older sister and two younger sisters. Strengths: Resourceful, determined, always puts on a brave cheerful face, even in adverse circumstances.   He is training to be a lawyer and he has some basic medical knowledge as well. Weaknesses: Can come across as shallow and insincere at times.   His jokes can become annoying after a while. Likes: His family, his studies, his fellow students (even the ones who dislike him), helping others less fortunate than himsel
Post a Comment
Read more 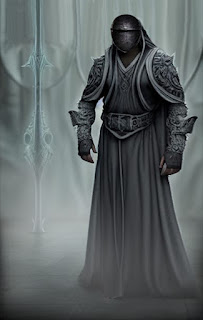 Jhastogars are specialised Varagan sorcerers dedicated to monitoring and investigating unregistered sorcerers throughout the Varago islands. Jhastogar means searcher in an ancient Varagan dialect.   Their origin dates back to the era of the Qhlifat — the dictatorship system of governance prevalent in early Varagan history.   Qhlif Jhabnit Vhralyet considered any sorcerers not employed by the Qhlifat to be enemies.   Thus he commissioned the jhastogar guilds to hunt and kill such sorcerers. After the abolition of the Qhlifat, the Consensus of Lords devised the registration system for sorcerers and employed the jhastogars to track unregistered Varagan sorcerers via their energy signatures and capture them.   Over the centuries they perfected their skills and refined their methods.   They learned from the priesthood how to bind a sorcerer’s powers and this is their most common method of dealing with offenders. The guilds purport to be separate and distinct from one another
Post a Comment
Read more

Interview conducted by Leon Stevens.  You can find the link to it on his website here:   https://linesbyleon.com/2022/05/06/free-book-friday-may-6-in-conversation-with-xanxa-symanah/ Sarah Xanxa Wallace (AKA Xanxa Symanah and Xanxa Raggatt) has always been involved in creative writing. In fact, before she learned to read and write, she would make up stories, telling them to anyone who would listen, or simply reciting them to herself when she lacked an audience. Leon: Today I have the pleasure of sitting down with author Xanxa Symanah. Thanks for dropping by. Can I offer you anything to drink? Xanxa: I’ll have a glass of verazhynde, please. Oh, wait, I forgot. It only exists in my fictional universe. Leon: Hey, we are not even in the same place or time right now. Anything is possible. I’ll even try some myself. Let’s begin with the most pressing question. How do you pronounce ‘Xanxa’? Xanxa: [Laughs] As the old saying goes, if I had a dollar (or a pound) for eve
Post a Comment
Read more
More posts